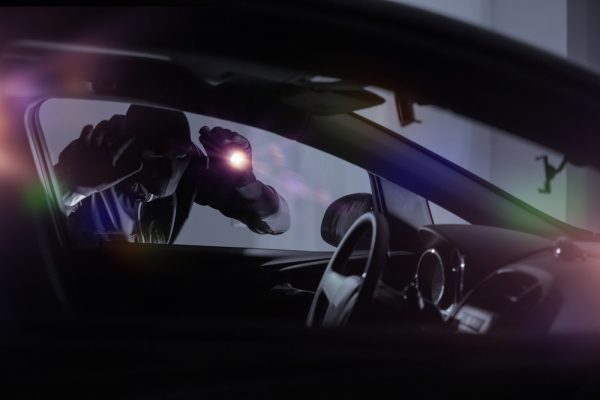 For many people, their vehicle is their most prized possession. Unfortunately, this inevitably means that someone might seize an opportunity to steal it. More alarmingly, car theft rates are continuing to rise all over the UK, with the latest Home Office statistics showing that rates have increased by over 50% in the past 5 years.

In total, 111,999 vehicles were stolen in the UK last year, with a fall in police numbers and the rise of key-less cars being largely blamed for the dramatic increase. Although a recent Which? study found that some key-less vehicles are undoubtedly more susceptible to theft than others, there’s no question that every single motorist on the road needs to be more vigilant in protecting their vehicle.

So, what are the steps you can take to keep your car safe and combat these growing crime rates?

First of all, let’s get one thing straight: a car tracker will not prevent your vehicle from being stolen. They offer no way of immobilising your vehicle or deterring thieves from attempting the theft, so they should by no means be implemented as your first line of defence.

However, GPS car trackers can prove essential in recovering your vehicle if you’re unfortunate enough to have it stolen. Since fewer than half of all stolen vehicles are recovered by the authorities, GPS systems provide motorists with much greater peace of mind and increase the odds of finding those responsible.

Modern trackers will accurately pinpoint your vehicle’s location in real-time, allowing you to view its position on a remote device. Instead of embarking on a typical needle in a haystack search, police will be able to respond much more efficiently and quickly reunite you with your vehicle.

When you leave your car parked in a dark and quiet location, you’re providing thieves with a clear window of opportunity. However, by parking in a well-lit, secure location with plenty of other vehicles nearby, you’ll significantly reduce the odds of someone trying to steal it. By positioning your car in view of a CCTV camera, those odds will be lowered even further.

Regardless of where you park, however, you should always remove any valuables from your vehicle before leaving it, particularly if these items are in clear view of any passers-by. After all, although a thief might not intend to steal your vehicle, that doesn’t mean they won’t be tempted to pinch the expensive items you keep inside of it.

Make no mistake, this is the age of intricate alarm and immobiliser systems. Any vehicle manufactured after 1998 will feature both of these things automatically, which is why car theft rates are nowhere near as high as they were 20 years ago. However, the current issues caused by innovative keyless vehicles are leading many to consider more old-fashioned solutions, too.

Although they might seem a little out-dated, the sight of a strong steering wheel lock is often enough to deter any potential thieves. Despite being far from unbreakable, this classic security measure makes it clear that a thief will have an incredibly hard time stealing it, often convincing them to give up on the venture altogether. Besides, such a clunky and distinctive security measure will make it obvious just how seriously you take the safety of your vehicle.

However, wheel locks certainly aren’t enough by themselves, and need to be implemented alongside alarm systems, immobilisers and vehicle tracking devices mentioned above. Once you’ve got all these things in place, you’ve taken your first steps towards combating the thieves once and for all.