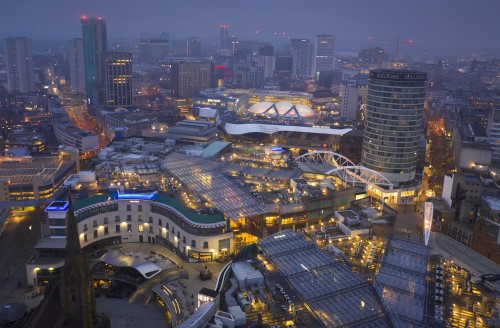 Car crime is a common problem across the whole country, with some areas being more susceptible than others. The latest in our car theft series takes a look at Birmingham, one of the biggest cities within the West Midlands.

In 2018, West Midlands Police recorded over 10,000 vehicles stolen, giving a rate of around 37 vehicles stolen for every 10,000 residents. Nationally, around 70% of vehicle-related thefts occur at home and during the evening or night. 43% of incidents occurred through the thief entering the vehicle through an unlocked door.

It is clear that Birmingham has had its fair share of car crime, as with the likes of Leeds and Liverpool. It can be helpful to become familiar with the types of car crime and what you can do to mitigate the risk of your car being stolen.

Cars most likely to be stolen in Birmingham

Naturally, some cars are more susceptible to being stolen than others. According to West Midlands Police, the car make that is most likely to be stolen is Ford. 2019 statistics show that Fords are the most popular with thieves, with the number stolen rising from 489 in 2015 to 1,557 by August 2019.

There has been an average of 4,000 thefts of a vehicle in Birmingham, and over 8,000 thefts from a vehicle.

Figures such as these have prompted the Police & Crime Commissioner for the West Midlands to call for more security, and to ask motor manufacturers to do more to prevent cars from being stolen.

How car trackers could help

It is keyless vehicles that are often at higher risk of being stolen, despite these cars having the latest technology. According to What Car?, it is 90% faster to steal a keyless car, than one with an old-fashioned lock and ignition system.

A car tracker can act as a deterrent for would-be thieves, and it can also provide a great theft recovery solution. So, even if your car is taken, you may have a better chance of finding it.

Having a car tracker installed can give you peace of mind above all else, so leaving your vehicle unattended is a little bit easier. It is, however, still important that you keep your car locked and remove any valuables from sight.

Many car trackers are insurance approved, and come with a mobile app to help you get more out of your vehicle protection device. Our latest GPS trackers offer movement sensor alerts and can offer assistance in over 100 countries.